Unwired e-buses and robots allowed on roads in South Korea

Unwired e-buses and robots allowed on roads in South Korea 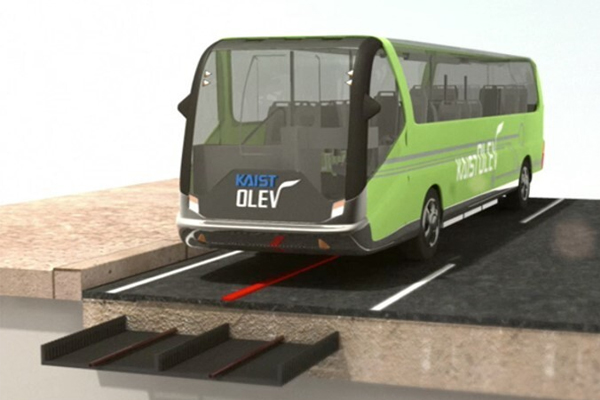 [Photo by Korea Chamber of Commerce and Industry]

Unwired buses on electric power will be deployed in South Korea for the first time in the world after the government granted commercialization in the technology in regulatory exemption.

The Sandbox Support Center under Korea Chamber of Commerce and Industry and Ministry of Science and ICT on Wednesday approved four new technologies in the information and communications technology (ICT) sector subject to regulatory sandbox system that allows relaxation of regulations. Regulatory sandbox reduces entry barriers by enabling unlicensed but innovative products and services to be tested in the market before subject to the existing laws.

One of them is a wireless charging technology for electric buses – a technology developed for the world’s first time by local startup WiPowerOne Inc. The technology has been selected as one of world’s 50 inventions by U.S. Time magazine in 2010.

The technology allows an electric bus attached with a receiver to be remotely charged on a real-time basis while on road on radio frequency of 85 kHz in underground transmitter. Previously, the country’s radio waves act restricted 85 kHz frequency range from being distributed for the use of wireless charging electric buses. It has also been difficult to carry out conformity assessment of broadcasting and communications equipment under frequency allotment.

Also, the technology faced many hurdles such as to meet requirements of receiving tuning approval to attach a wireless charging device in an electric bus and standard of laying wireless charger on roadways, making it difficult for the startup to carry on its innovative project, an unnamed chamber official said.

The public-private sandbox deliberation committee granted two years of exemption period on the technology given industrial effect of the future new technology that aims to resolve energy issues in environmentally-friendly vehicle era and environment issues.

WiPowerOne plans to test marketability and safety of up to 7 electric buses operated on a circulating route in Daedeok research and development zone in Daejeon. 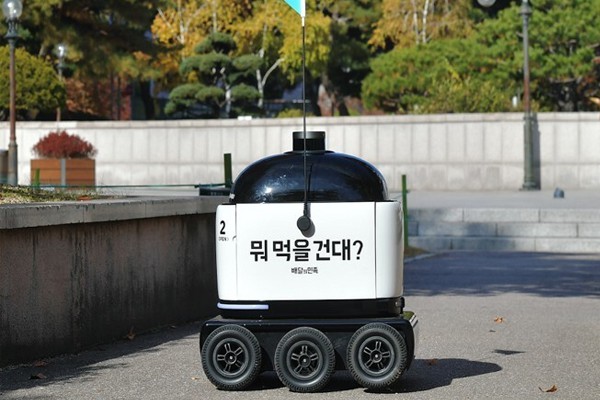 [Photo by Korea Chamber of Commerce and Industry]

An autonomous delivery robot operating both indoors and outdoors of Woowa Brothers, operator of Korea’s largest food delivery app Baedal Minjok, also was granted to venture out on roads.

The technology allows an autonomous delivery robot to self-recognize location, route, and objects to pick up food from a restaurant and deliver them in front of the door of app user.

So far, a delivery robot operating outdoors has been approved under the country’s sandbox system but none indoors. Under traffic laws, an autonomous robot is regarded as a “vehicle” not a “pedestrian,” restricting passage on crosswalks and sidewalks. The country’s green open space law also does not allow a robot weighing over 30 kilograms to enter parks.

The deliberation committee approved the technology to be market tested under condition that it secures driving safety. Woowa Brothers plans to carry out two years of testing in Seoul and Gyeonggi areas.

The KCCI Sandbox Support Center, meanwhile, is Korea’s first private sandbox organization that supports various industry sectors such as ICT convergence, industry convergence, and financial innovation. After its launch in May, the center has supported market releases of 30 innovative products and services. It also offers free sandbox-related consulting services to companies.
List